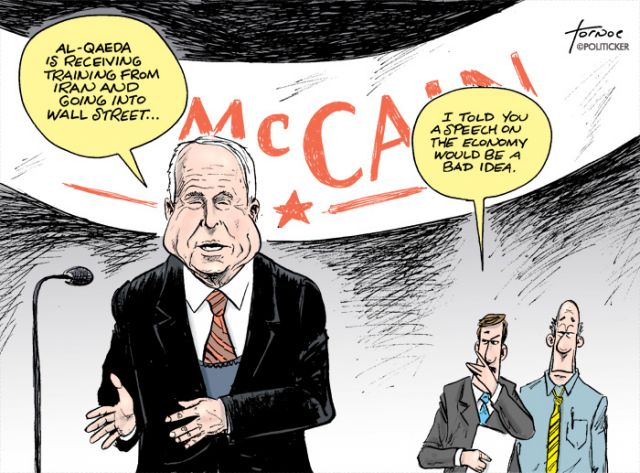 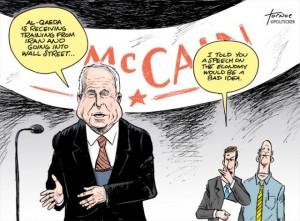 A new CNN/Opinion Research Corporation Poll suggests that the American public is blaming Republicans for the current financial slumps the economy’s facing.  This has lead to an increase in Barack Obama’s edge over John McCain in other polls. Forty-seven percent of registered voters surveyed blame Republicans compared to twenty-four percent say Democrats are at fault.

This is leading to a 5-point lead by Senator Obama over Senator McCain in overall polls, and the gap’s been widened in the past week.  Forty-nine percent of those questioned say Obama would display good judgment in an economic crisis, 6 points higher than the number who said the same about McCain. And Obama has a 10 point lead over McCain on the question of who would better handle the economy overall. 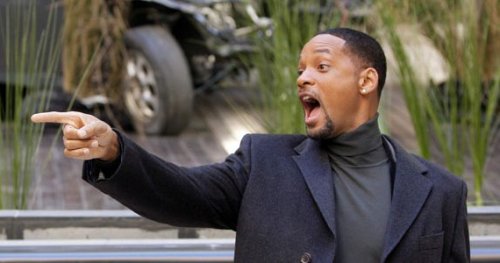 How the economy’s affecting Hollywood 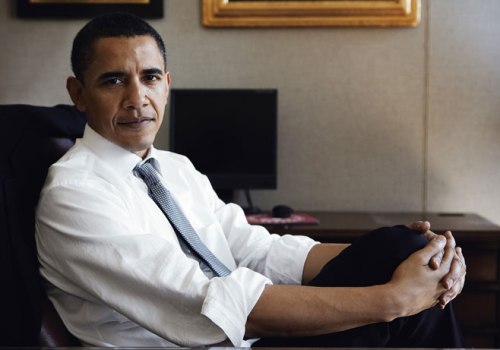