In November’s Esquire issue, Halle Berry is given the honor of being called 2008’s Sexiest Woman Alive.  Congratulations to the 42-year-old who just recently had a baby.  “I share this title with every woman, because every woman is a nominee for it at any moment,” she says.

Wow. Sexiest woman alive, huh?
I’ve been in the business for more than twenty years, and you decide now, at this particular time, that I’m the sexiest woman alive? Come on. I mean, you couldn’t go with the Bond-girl year? You didn’t like the orange bikini? I liked the orange bikini. That would have been a pretty good year. Or what about the Monster’s Ball year? That was a sexy moment. Couldn’t you have packaged that up with some list of the best movie sex scenes ever? That would have been very easy, very magaziney. But 2008? Well, I don’t know exactly what it means, but being forty-two and having just had a baby, I think I’ll take it. There are billions of women on the planet, but let’s just say for shits and giggles that I am the sexiest woman alive. First, I would have to thank all the people who made it happen. I would thank the good folks at Esquire for thinking outside the box — even if those folks are just eight editors wearing competing seventy-five-dollar button-down shirts, swinging themselves around in cheap desk chairs in some windowless conference room somewhere above Manhattan. I’d also have to thank my “team,” the ones who make the magic happen — my hair designer, my stylist, my makeup artist, and my beloved trainer. And I would absolutely have to thank the photographer, because without him, the camera is all lies of a different sort. I mean, look at the pictures. That takes a lot of work. I’m lucky to have these people. Don’t think I don’t know it.

Does being the sexiest woman alive imply that I know a thing or two about what’s sexy and, possibly, about sex itself? I’m not sure, but here’s what I do know: I know damned well I’m sexier now than I used to be. Let me make an argument here — not so much for me, or even for my age being sexy, but for what I’ve learned. I’ve picked up a little over the years. Sexy is not about wearing sexy clothes or shaking your booty until you damn near get hip dysplasia; it’s about knowing that sexiness is a state of mind — a comfortable state of being. It’s about loving yourself even in your most unlovable moments. I know a little bit about that.
Sexiness is also about knowing what’s sexy to you. To me, spaghetti is sexy, especially when it’s served off the tips of a man’s fingers. I like that. And I think wine is sexy, just before sex. It relaxes me. But if I want to get a serious groove on — if I want an out-of-body experience — I’m all about the sloe-gin fizz.

I think lingerie is sexy, and I’ll wear it, sure. But truth is, I’m good-to-go in a tank top and bare feet — although every woman should own at least one good pair of pumps. That’s really the only wardrobe you need for sex: a tank top and pumps.

When it comes to what I think is sexy about men, I like forearms. That’s my body part. They’re generally exposed, available, a little bit vulnerable. A forearm is different with every man, and when it comes to forearms, size matters. I don’t like them slight.

Ask me what’s the sexiest car in the world and I’ll just say my man’s car, because it smells like him, because his shape is pressed into the seat, because it’s littered with little bits of his life — his golf balls or his chocolate-bar wrappers — and it’s ripe with the smells of him. That’s the car I most want to ride in.

What else? Ah, yes: the big O. You know that stuff they say about a woman being responsible for her own orgasms? That’s all true. And in my case, that makes me responsible for pretty damned good orgasms these days. Much better orgasms than when I was twenty-two. And I wouldn’t let a man control that. Not anymore. Now I’d invite him to participate. I’ll tell you this: I’ve learned my tricks. I know what I like. I do not wait around. I initiate. And I’m not all about frequency. I favor intensity.

There have been some men in my life who have been wickedly sexy and have taught me much about sexual pleasure. There are a few men I should thank, and others I need to forget. But I don’t regret. To hell with regret. I like what I am now. I like being a mother. I like my body better since I became a mother. I feel sexier as a result of becoming a mother.

You see, the years go by and you learn, and that just deepens your understanding of every experience. And then sex is better — it feels like you’re in control, and you’re sort of not in control at the same time, and that is completely satisfying.

If there were a real event where they gave an award for this title, I would wave the trophy here. I would thank everyone all over again, then I’d probably blow a kiss to Tom Chiarella for helping me write this. I would turn my head and say, “You can start the music now, I’m done.” I’d be wearing pumps. I’d be just a little breathless. And I admit I would not rush off the stage.

Halle Berry in the November issue of Esquire: 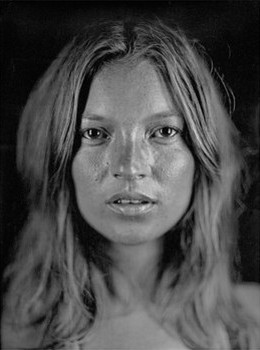 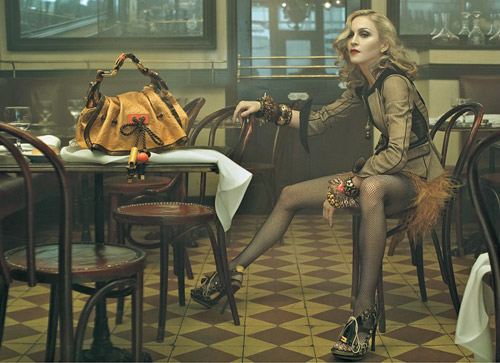 The Campaign: Madonna for Louis Vuitton 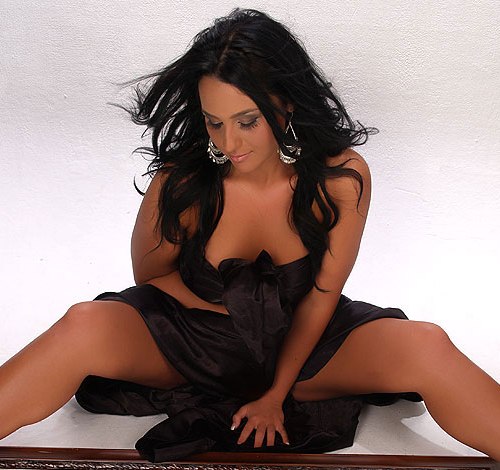 Prev. article
HandshoeMouse: The only mouse that fits like a glove
Next article
Sony PSP getting DualShock 3 compatibility via PSP Plus
TOP