King of Cool: Never-Seen Before Photos of Steve McQueen 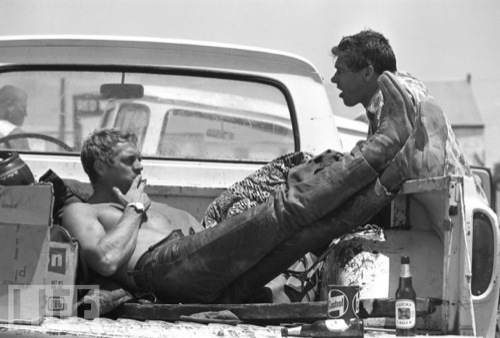 With today marking what would have been Steve McQueen’s 80th birthday, LIFE dug into their vault to find a roll of film that captured the King of Cool back in the spring of ’63. At the time, McQueen a few months from releasing one of his best films, The Great Escape, and was still being praised for his role in The Magnificent Seven. “LIFE sent photographer John Dominis to California to hang out with the 33-year-old actor and see what he could get. Three weeks and more than 40 rolls of film later, Dominis had captured some astonishingly intimate and iconic images, photos impossible to imagine in today’s restricted-access celebrity world.”

Head over to LIFE to peep the 20 never-seen-before gems as well as insights from Dominis about the time he spent with Steve McQueen.