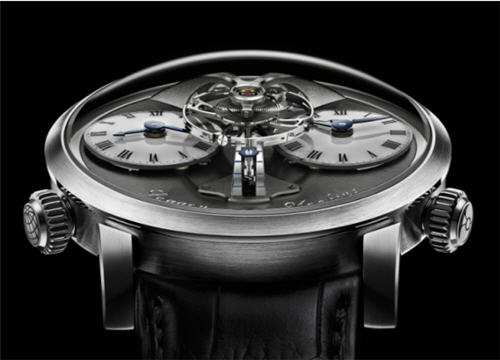 Our friends at Hodinkee have been hinting at MB&F releasing another masterpiece but what we didn’t know is that it would be part of a completely new line of timepieces. The LM1 is the first watch of the Legacy Machine line, one that actually looks more like a traditional watch except, well, it’s not. We say this because MB&F has been known to go above and beyond anything the watch industry expects and they didn’t disappoint.

The LM1’s design takes inspiration from 19th century pocketwatches and some of the earliest wristwatches known to exist. The watch features slowly oscillating balance wheel right on the front of the watch. It operates at 2.5 Hz / 18,000 beats per hour, and gives the wearer a look into the constant motion of any mechanical wristwatch. The movement’s designed by Jean-Francois Mojon, the same man behind IWC’s recently announced Siderale Scafusica. The timepiece has 279 components and a power reserve of 45 hours.

It comes in both white and rose gold and the first batch of LM1’s will be delivered to MB&F authorized dealers later this month. Price will be $92,000. The details are immense here so be sure to head over to Hodinkee for the complete breakdown. 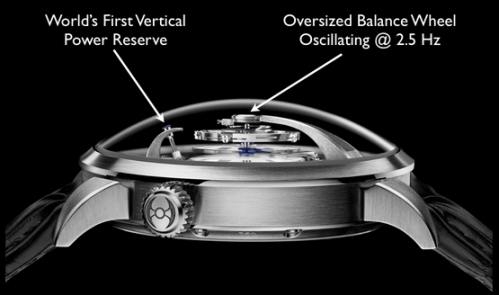 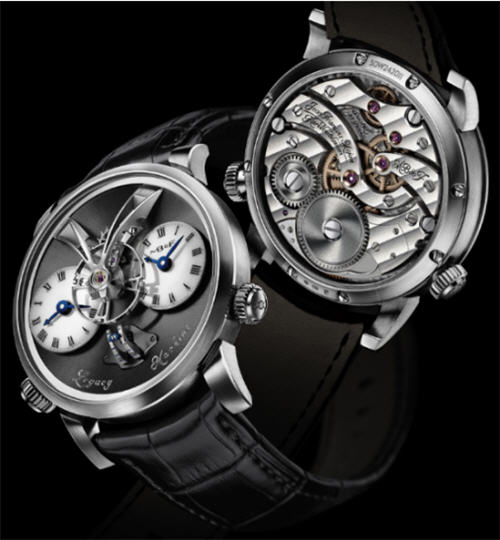