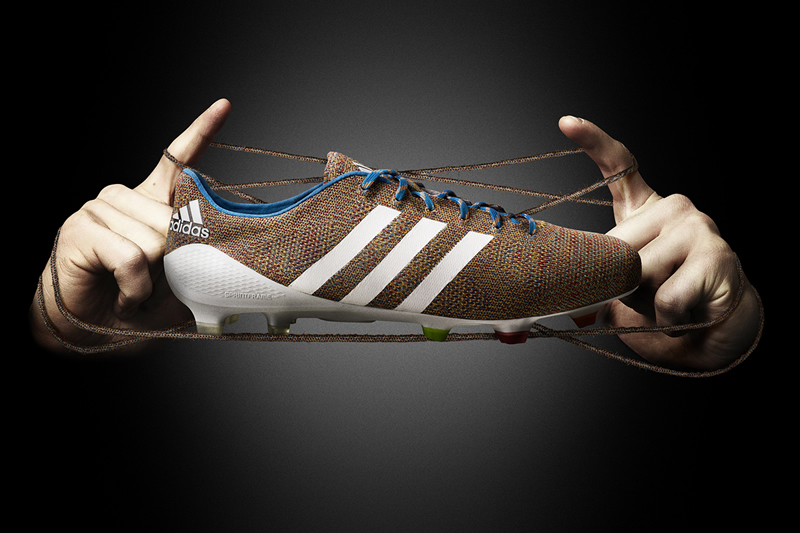 The battle is on, folks. adidas has taken the covers off their Samba primeknit – the world’s first knitted football boot. It’s the first football boot to have an upper that’s knitted from heel-to-toe, giving essentially a second-skin fit that’s still able to deliver the protection and strength of a conventional boot. Each yarn receives a high precision coating that guarantees water resistance even in the most challenging conditions while advanced production techniques allow for the one-layer upper to be constructed with zones catering to various performance needs. This ensures that the adidas Samba primeknit caters to all aspects of the game.

Markus Baumann, Senior VP for Global Football at adidas had this to say about the new adidas Samba primeknit:

“primeknit is a further demonstration of our commitment to driving relentless innovation in football and is designed to allow for a bespoke fit for each player, making performance more intuitive and responsive than ever before. primeknit is a technology that is right at the heart of adidas innovation and we’re excited about introducing this development into football.”

Look for the adidas Samba primeknit to be available starting Monday March 17th at selected adidas retail outlets, stockists and via adidas.com/football.