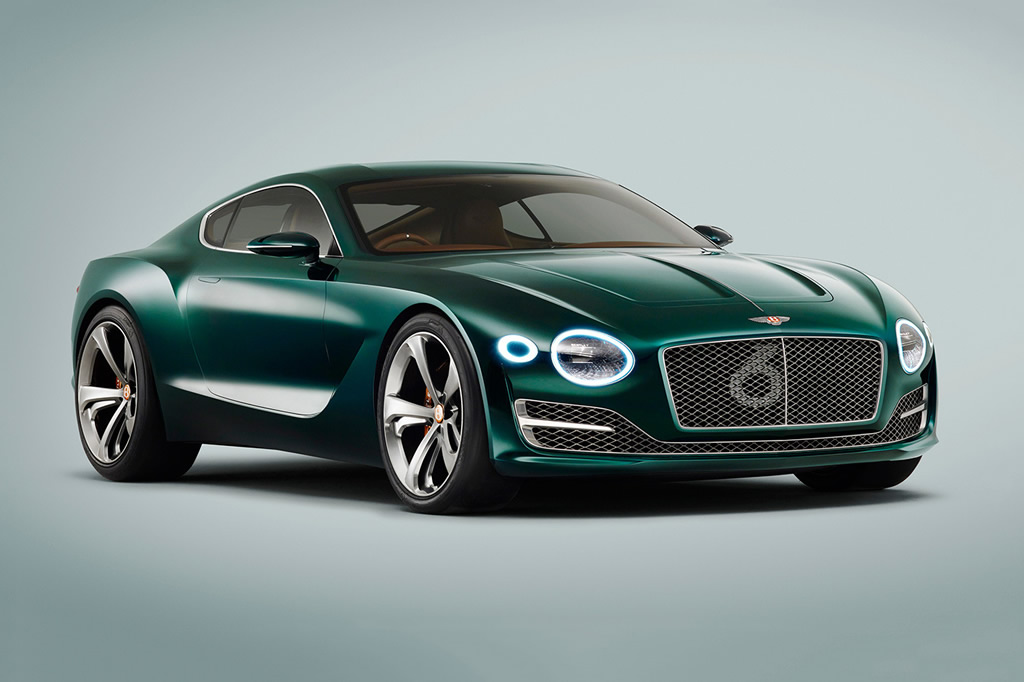 The Bentley EXP 10 Speed 6 made its debut at this week’s Geneva Motor Show, giving us a concept two-seater that looks to redefine the segment and our perception of what a high performance sportscar should be. Speed is in Bentley’s DNA and it shows with the EXP 10 Speed 6, where a futuristic design is blended with impeccable craftsmanship and the latest in performance technology. Even as a concept, no detail was spared here as Bentley looks at the sports coupe as a potential stable mate for the Continental GT. The paint job here is a deeper, rich version of British Racing Green while it also features a new interpretation of the iconic Bentley matrix grille and four-round headlamps. The body’s beefy with plenty of aggressive lines throughout with inspiration coming from the aerodynamic shapes of aircraft fuselages and wings. Featured inside the cabin are two quilted sports seats as well as a narrow center console with very accessible driver controls and a 12-inch touch screen. The shorter shift knob is much welcomed and really flows will with the refined details of the interior. Behind the seats is an area divided into two compartments designed to house a specifically designed four-piece luggage set. Poltrona Frau leather is leveraged throughout the cabin, including the rear section. 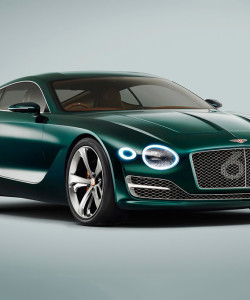 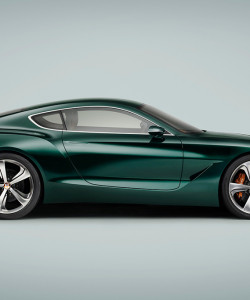 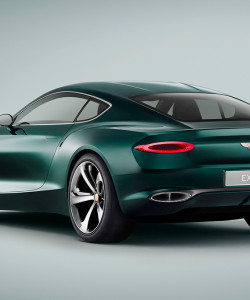 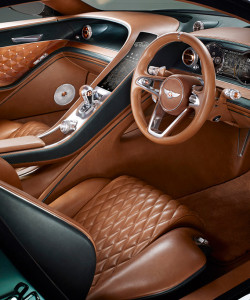 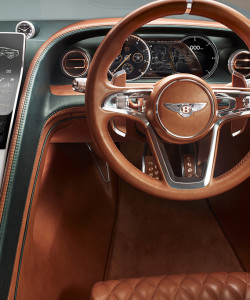 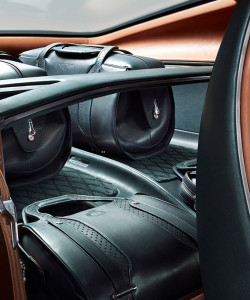 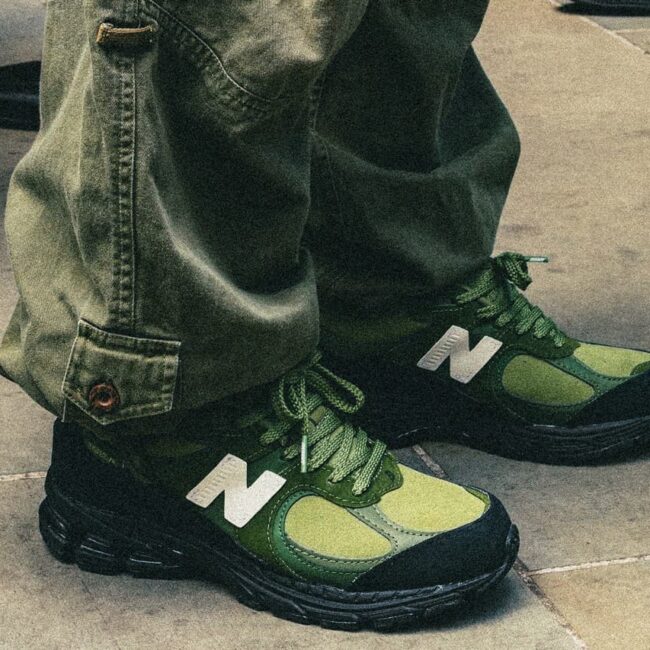 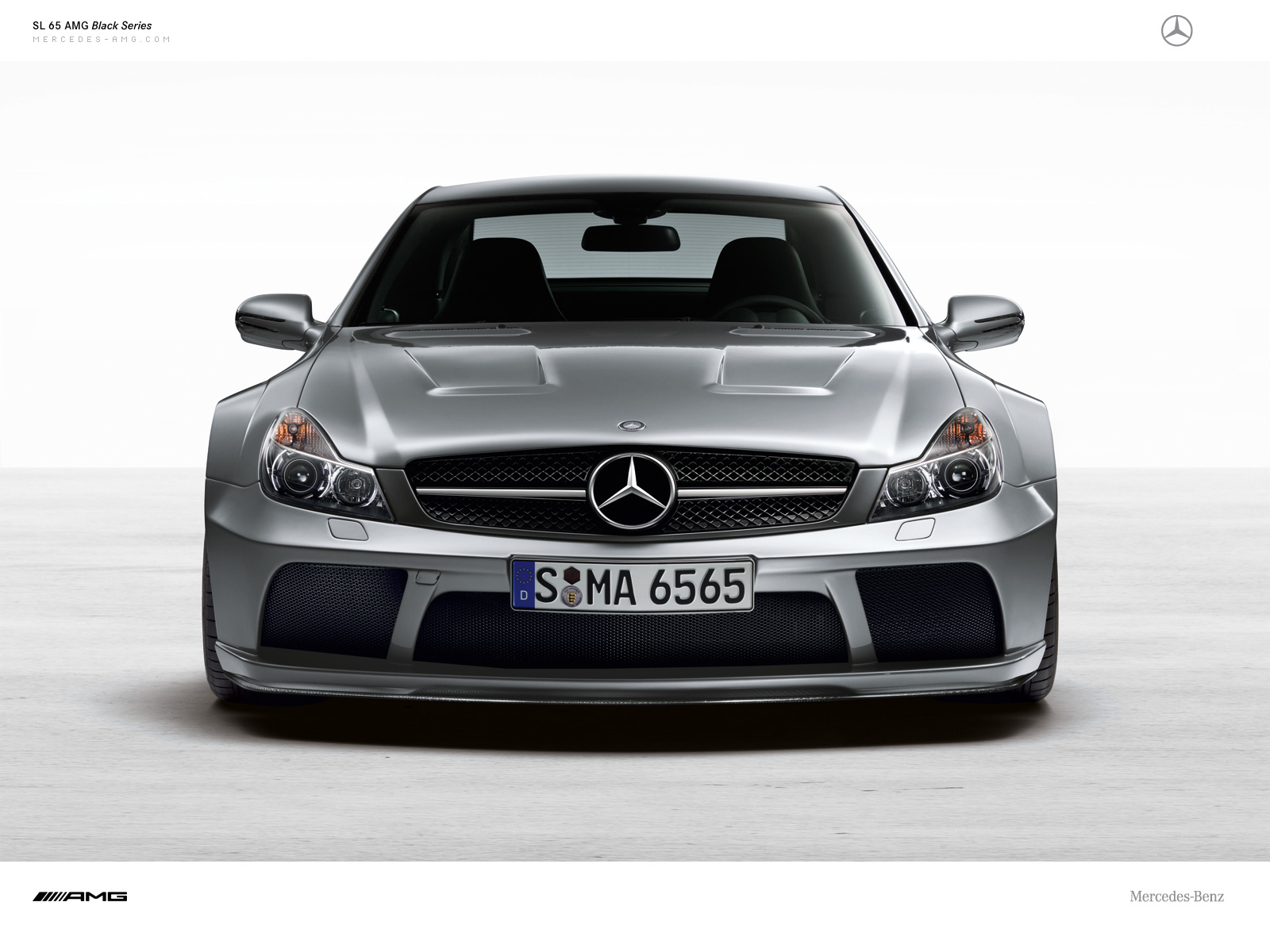 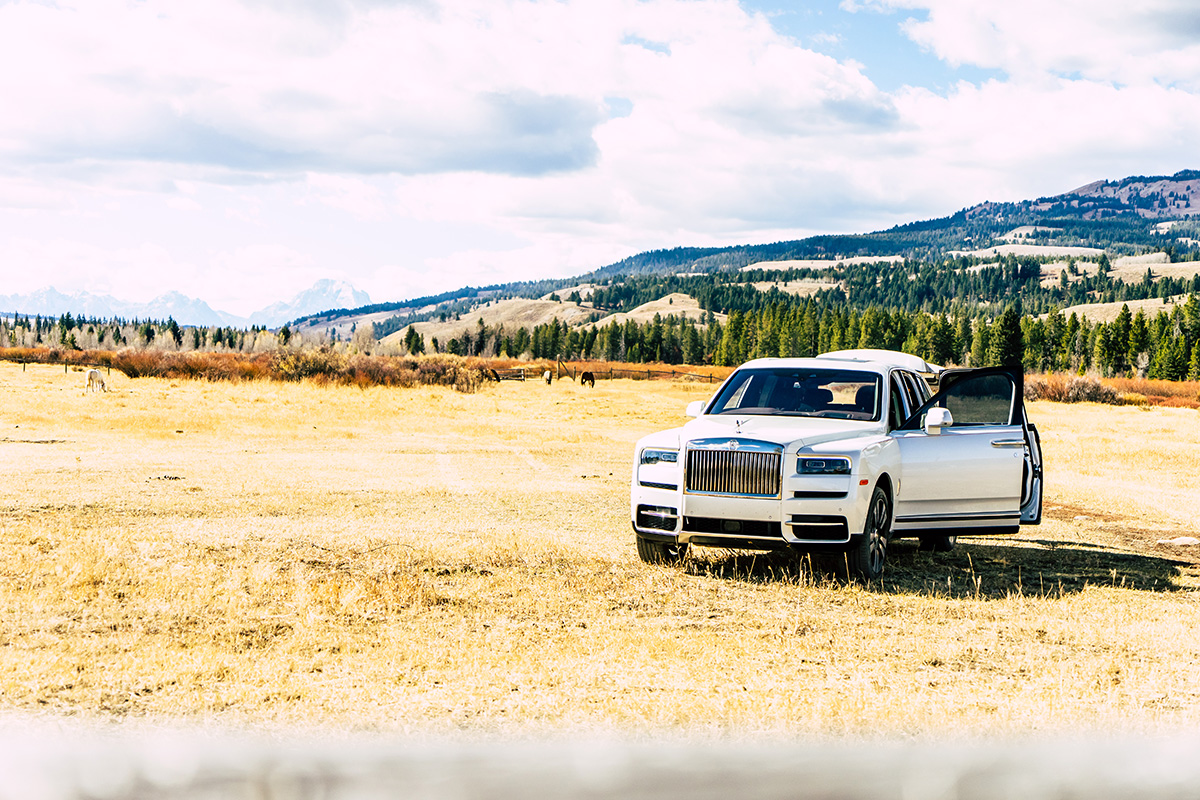 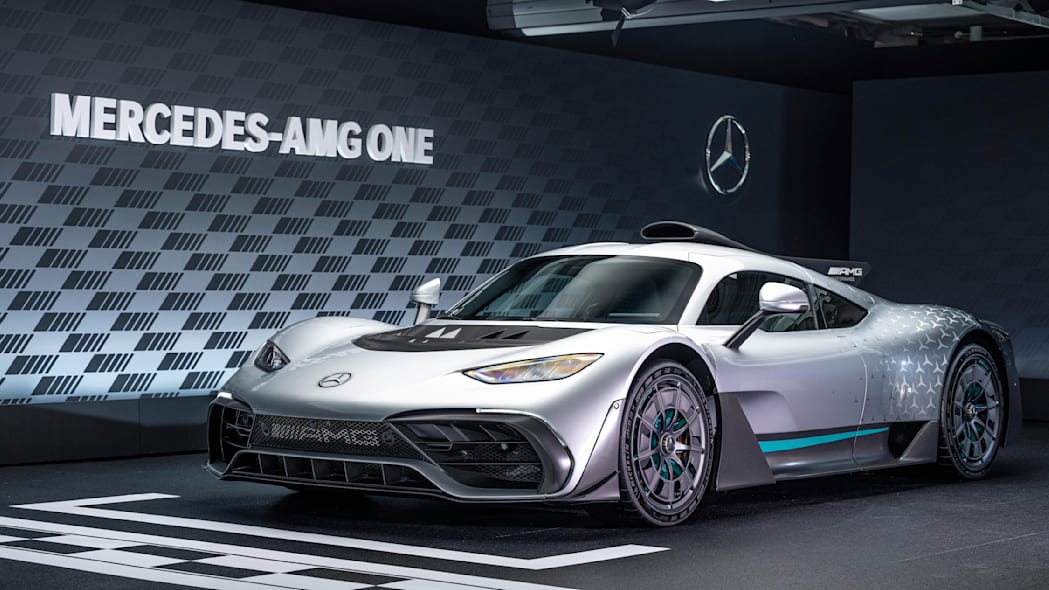