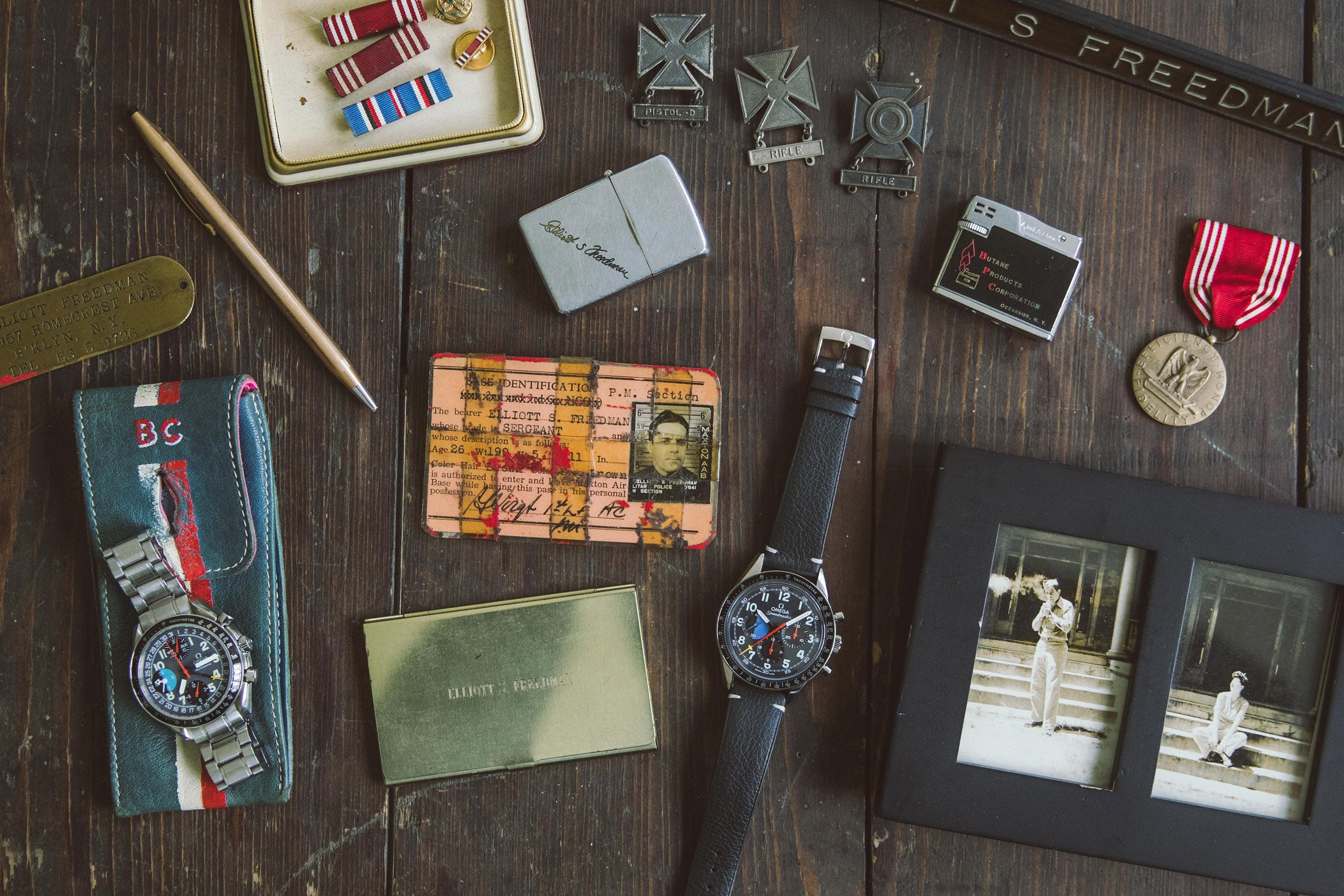 Where do I even begin? HODINKEE has been a source of inspiration and aspiration for the past decade. The site that focuses on watches and all the mechanical goodness that comes with it has had tremendous success as it’s been able to go well beyond digital and support its loyal community through in-person experiences, a print magazine, limited edition collaborations, and so much more. And their latest collaboration is arguably their most notable as it not only celebrates HODINKEE’s 10 anniversary but does it while paying homage to the watch that started it all. HODINKEE’s founder Ben Clymer credits his grandfather’s MK40 Omega Speedmaster for being the catalyst for his love for watches and without it or him, he says that there would be no HODINKEE.

So here we have a limited edition “H10” Omega Speedmaster inspired by that MK40 Omega Speedmaster, the watch his grandfather would let him wear when he was growing up and ultimately gifted to him when Ben was just 16 years old. Limited to just 500 pieces, it features a hand-wound Omega caliber 1861 three-register chronograph movement and uses the original 39.7mm case of the reference 2998. But here’s where the HODINKEE team have mixed things up. The dial is a blue/grey rather than black and features a pronounced minute scale. The chronograph seconds hand is red, with a yellow tip as seen on a handful of Speedmasters dating back to the 1970s. the hour markers are painted and luminous, while the hour and minute registers feature special red arrow hands. One of our favorite details is the running seconds register being blue and black – taking inspiration from a particular example of an Omega, with a 30-second interval hand, a first for any Omega. 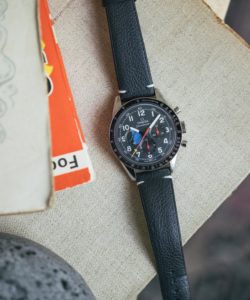 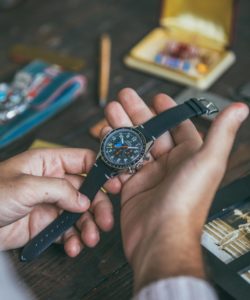 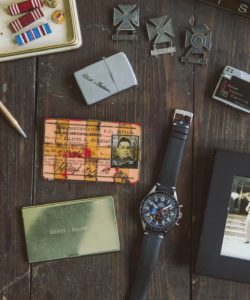 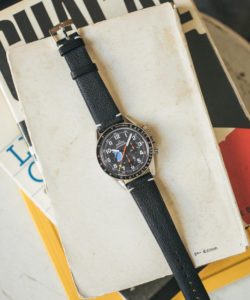 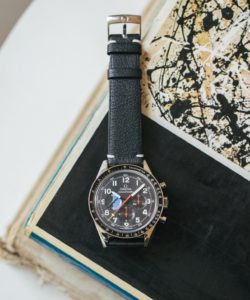 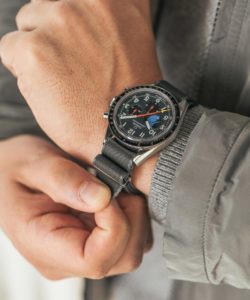 The H10 Omega Speedmaster not only comes with two straps but also an Omega strap changing tool and a travel case that is integrated right into the presentation box, both with “HODINKEE 10th Anniversary” inscribed. Head on over to HODINKEE to learn more about the watch to get on the waiting list as the watch sold out in just 19 minutes. Waiting list and the opportunity to buy it in-store is still possible though. 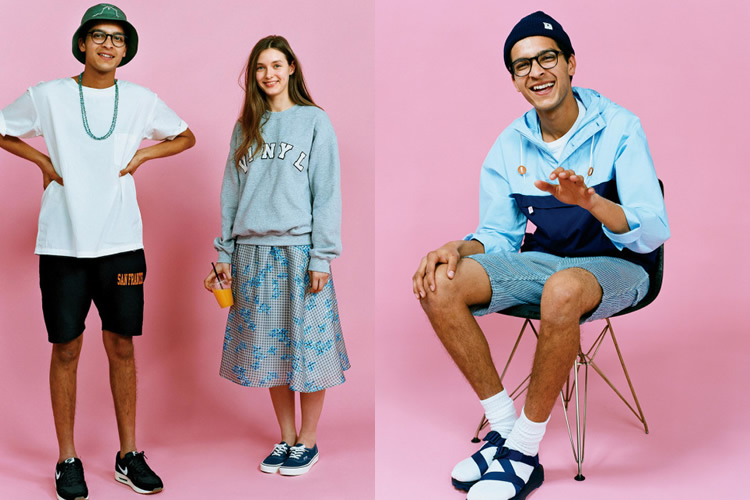 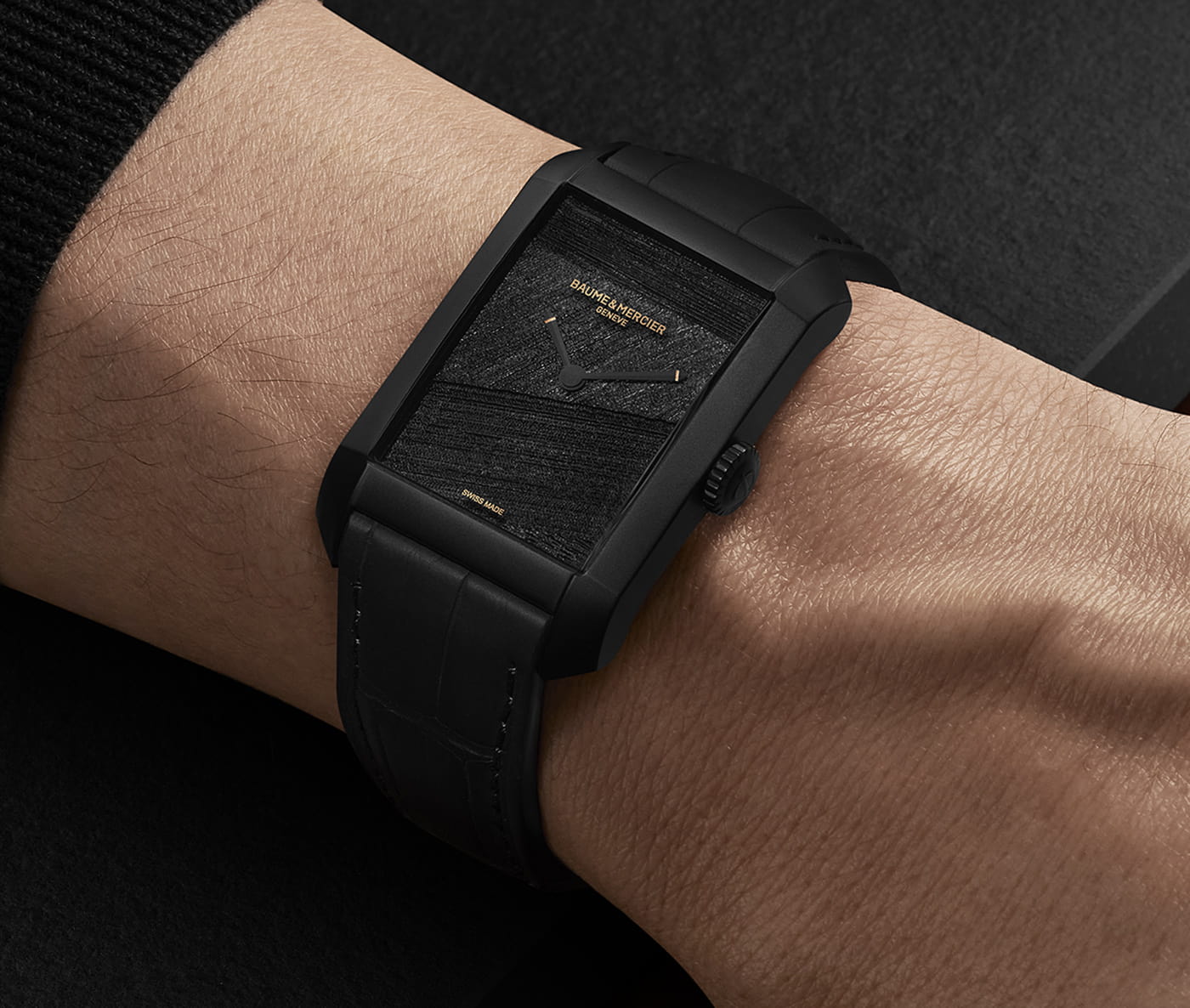 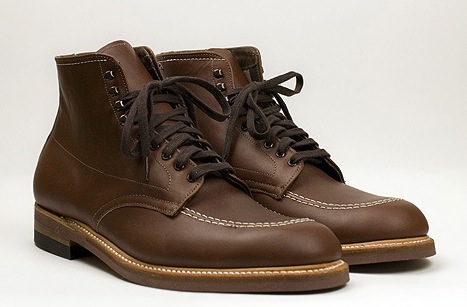