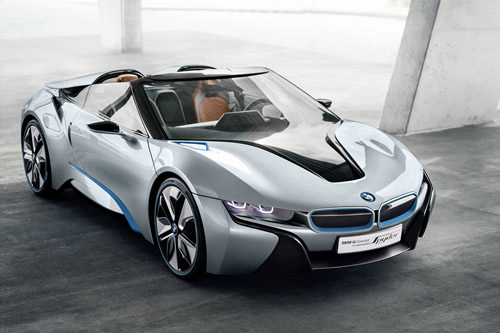 BMW unveiled the i8 Concept a short while back and now they’ve released shots of the i8 Spyder, one that looks more like what we can expect from the final car that will hit showrooms in the not-too-distant future. It’s a plug-in hybrid that’s powered by a 96 kW (131 horsepower) electric motor powering the front axle and a mid-mounted turbocharged three-cylinder gas engine that cranks out 223 horses to power the rear. Lithium-ion batteries are located in a center console between the front and mid-mounted engines to give a full output of 354 horsepower and 405 lb-ft of torque.

The i8 Spyder can go 19 miles before the gas engine turns on to recharge the batteries and we’re hearing the system can go 94 miles per gallon on the Imperial cycle. It’s a hybrid supercar that also gives us some exceptional performance — 0-62 mph in five seconds and an electronically limited top speed of 155 mph. 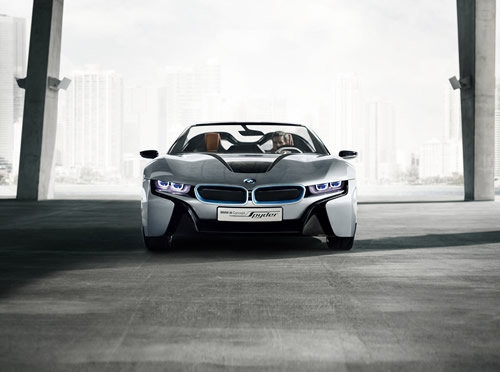 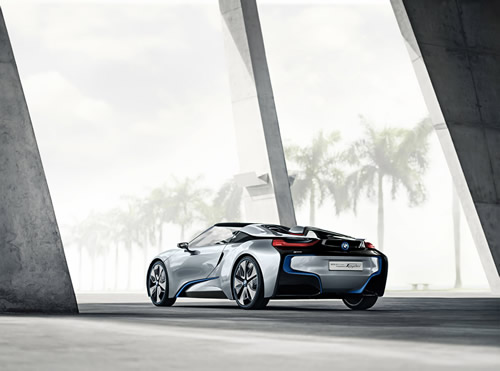 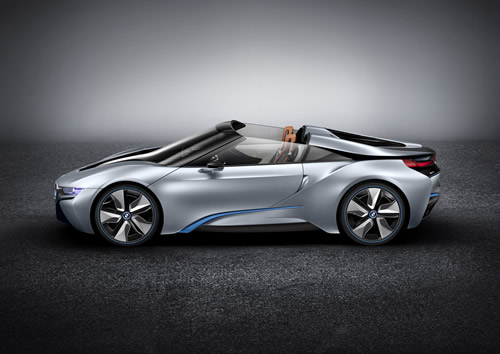 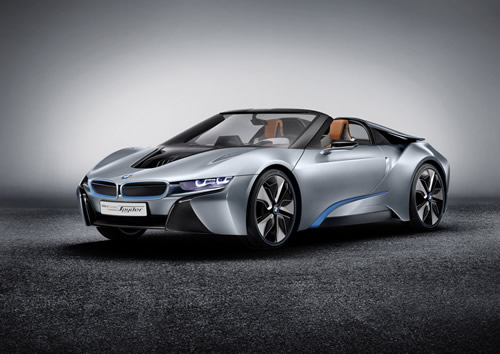 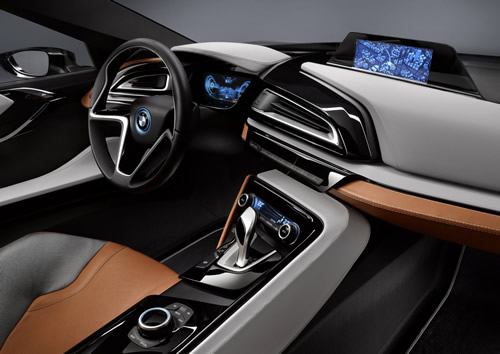