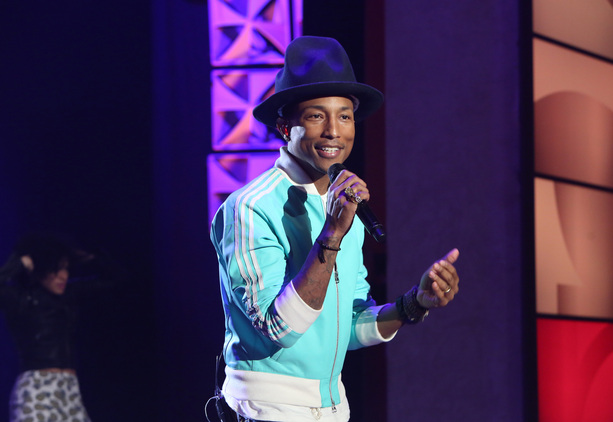 Pharrell made a recent appearance on The Ellen DeGeneres Show to talk about his career, the success of his song “Happy” and the fact that he’s been nominated for nine Billboard awards this year. He’s been pretty busy lately with a collection with Uniqlo hitting stores and online very soon as well as another with adidas that’s been officially announced and currently in the works. He’s doing a lot of projects but he was still able to drop his second studio album, G I R L, just a few weeks back. On the show, Pharrell touched on the meaning behind the album and its tribute to women. There’s a bit more to the interview beyond this and you won’t want to miss what Ellen gifts to Pharrell before he gets on stage to perform “Marilyn Monroe”. Prev. article
Jay Z’s 'Made in America' Documentary to Release in May
Next article
Pop Up Flea Spring 2014
TOP