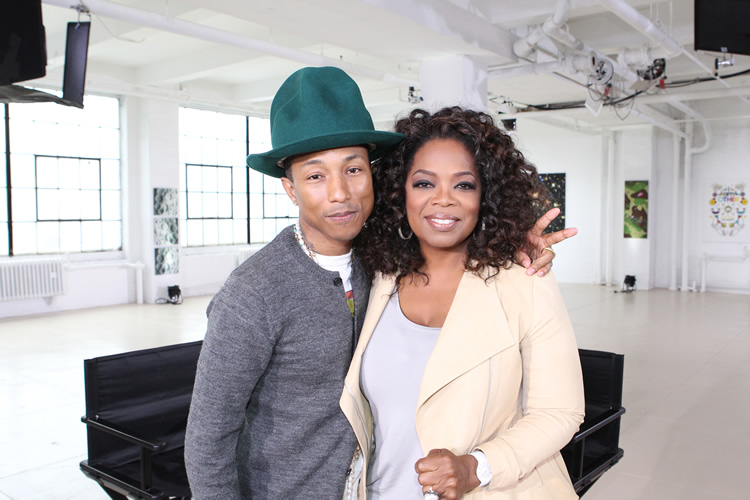 Pharrell recently sat down for an interview with Oprah Winfrey on her show Oprah Prime. The seven-time Grammy Award winner really opened up as he spoke about the progression his career’s gone through and all the people close to him that have touched him and supported him along the way. The 42-minute interview covered his early connection with Chad Hugo, the second-half of The Neptunes, one of the most successful production duos of all-time. There are some really touching moments as Oprah and Pharrell talked about his chart topping #1 hit “Happy,” and he even went deeper as he talked gender equality and his inspiration behind G I R L.

Check out clips from the interview below and head to the OWN TV YouTube page for more. What to watch: The WSOP “November Nine” Final Table on Nov. 9