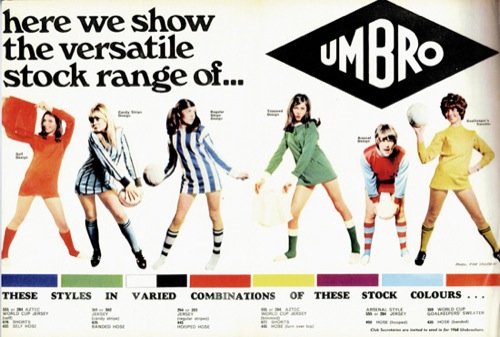 The “Umbro World Champions Collection” consists of seven limited edition football shirts, all of which were released this week to honor the teams that have won the FIFA World Cup in the past. The “Tailored by Umbro” shirt bears a crest designed by an artist from that country. The ad campaign takes influence from an Umbro ad from the 60s, and features the wives and girlfriends of footballers from the national teams.

More images after the jump. (via designboom)