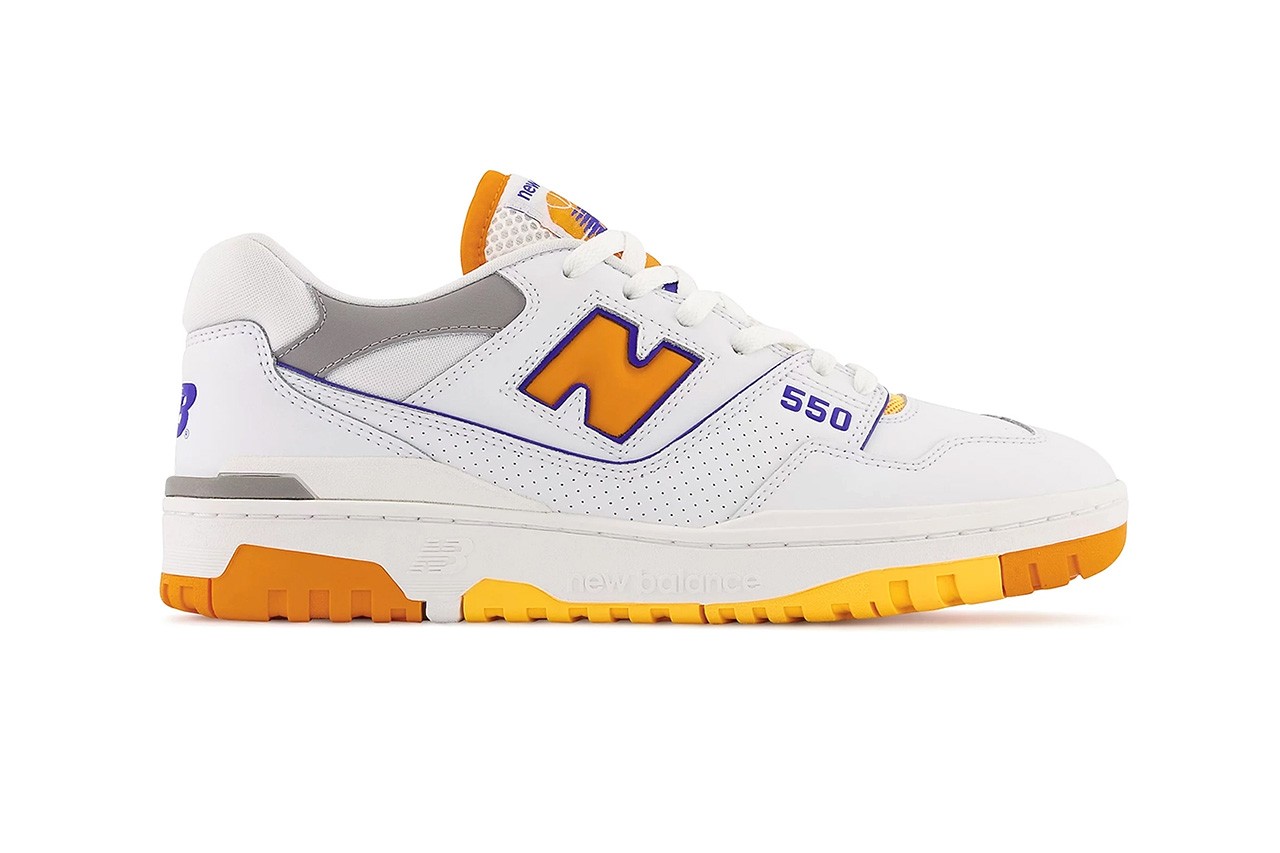 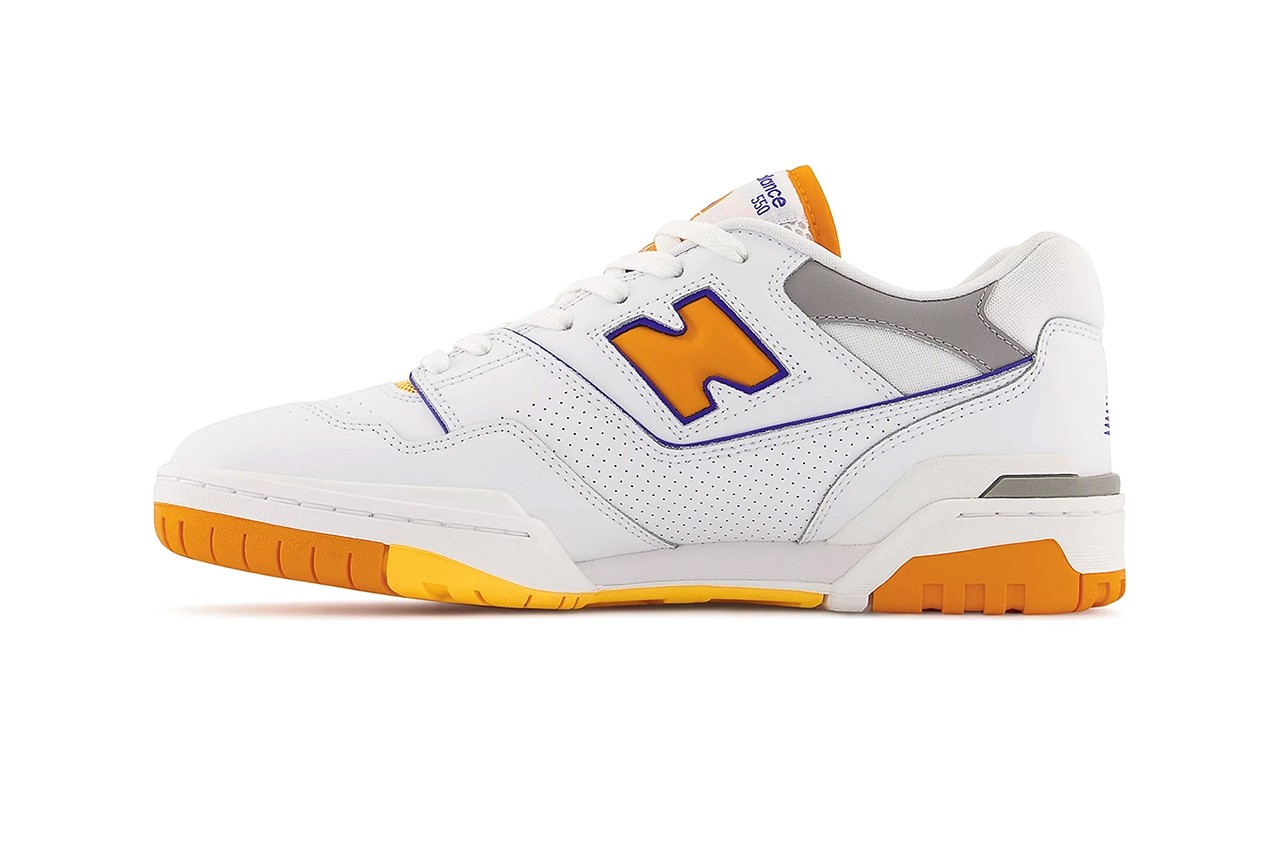 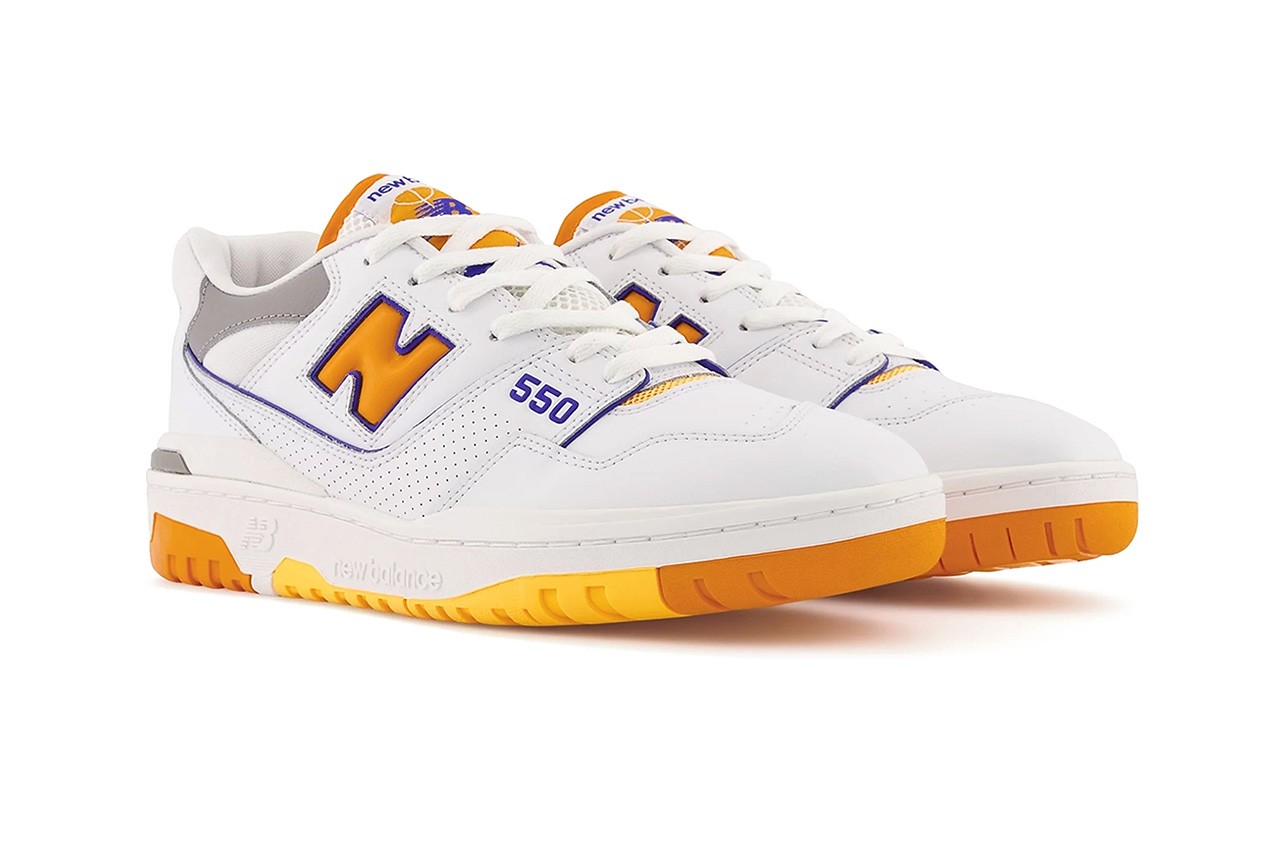 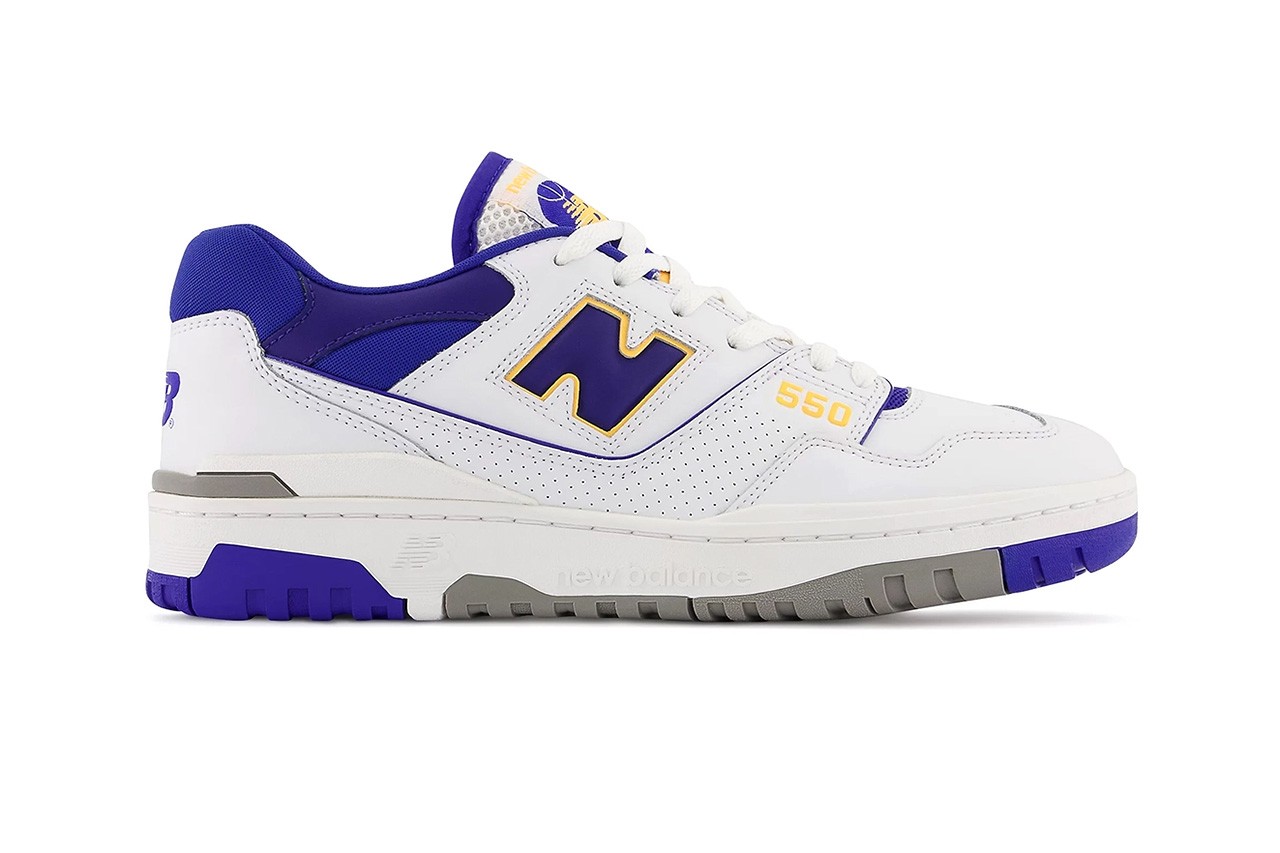 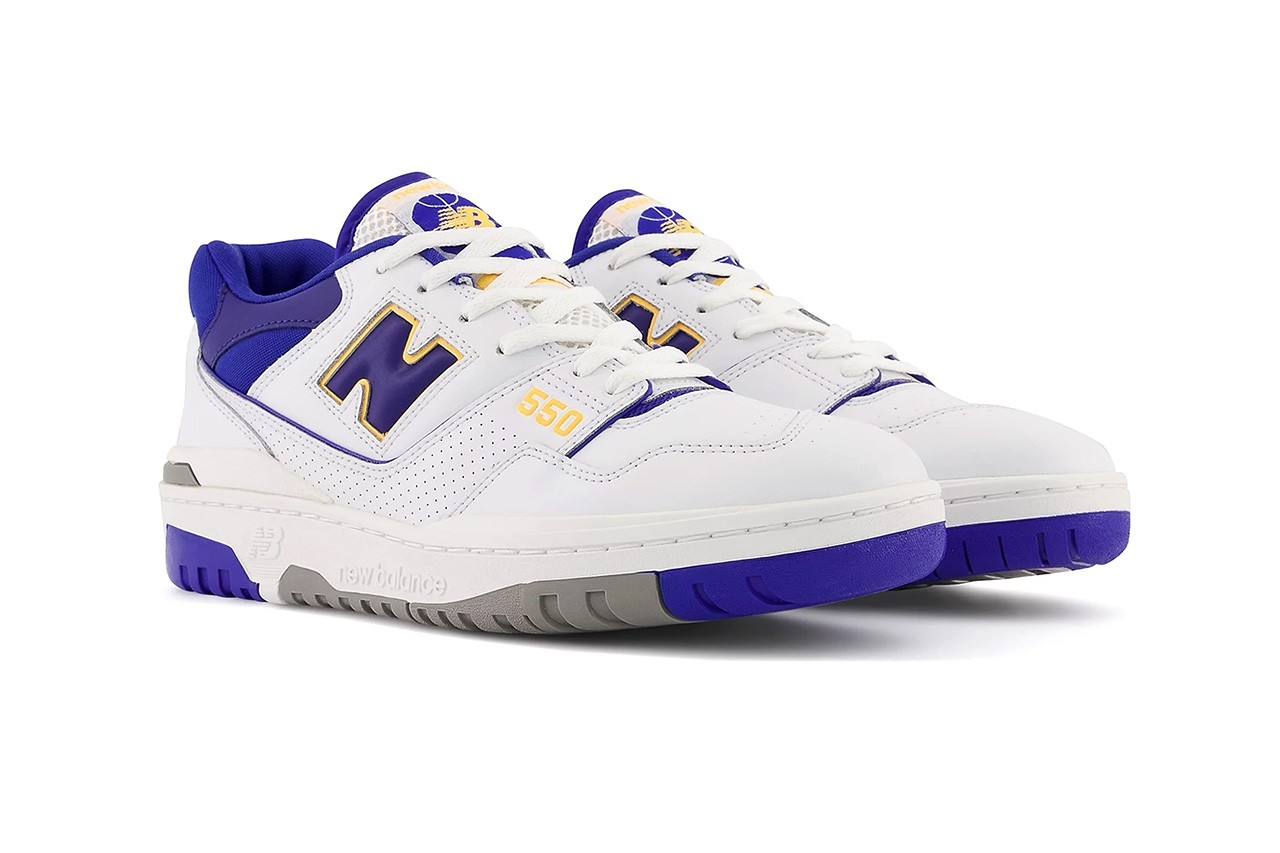 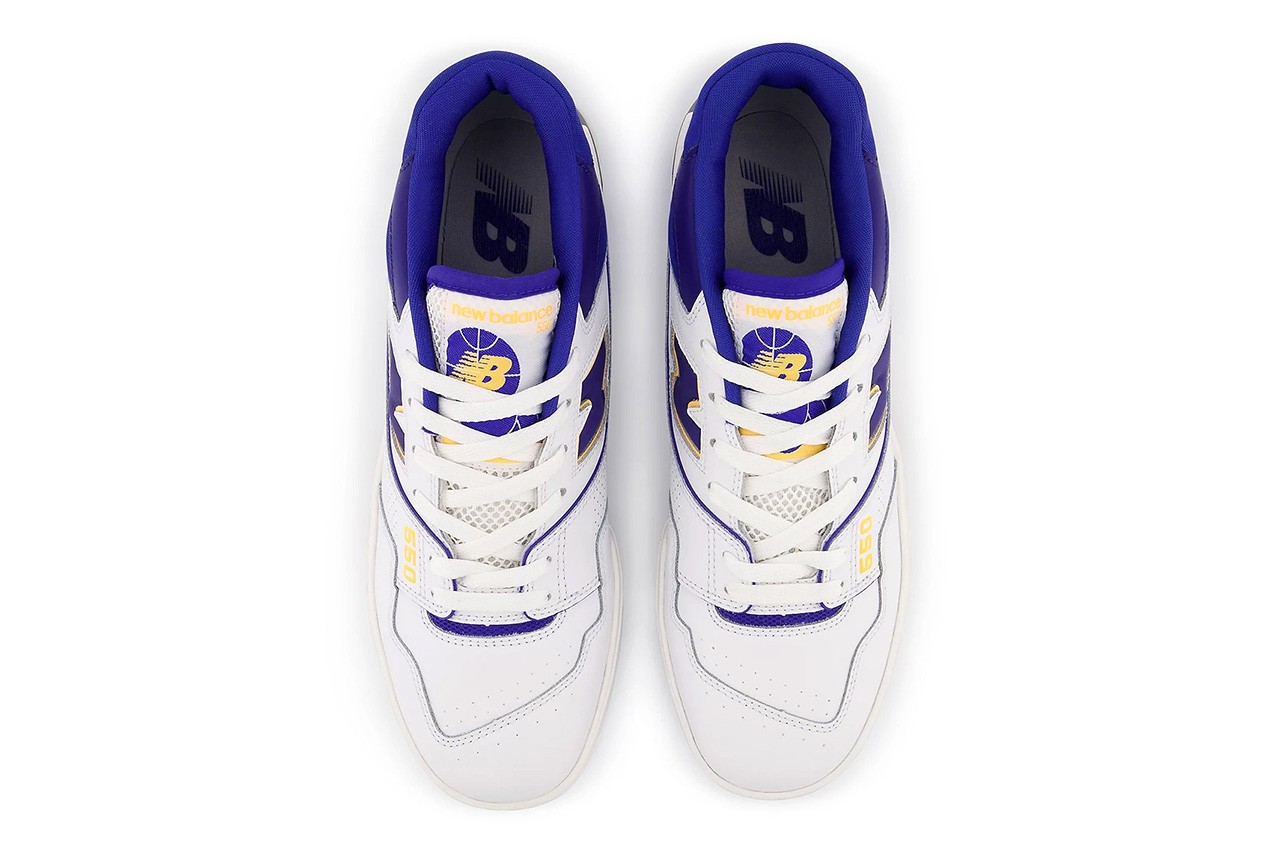 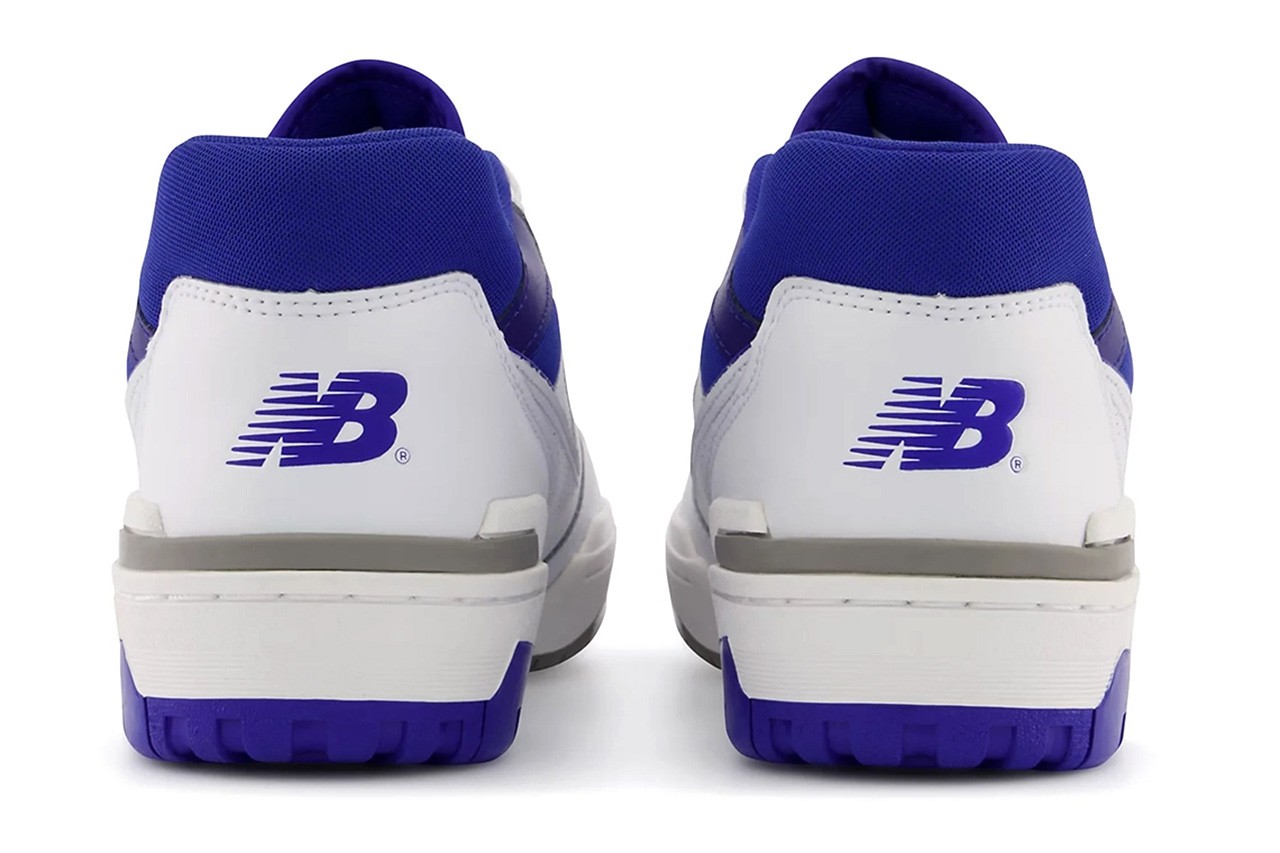 New Balance has released yet another 550 variation, this time giving us two LA Lakers-inspired palettes. Though the pairs aren’t officially affiliated with the NBA or the Lakers, we all see where they’re going with these.

Both iterations feature traditional white leather uppers with perforated textures along the lower mid-foot region. Each pair have heavy accents of the palettes seen on the N logos, tongue trimming, basketballs on the tongues, and the back ends of the soles. The palettes are two-toned, yellow and gold on the first and purple and gray on the second. Bits of the opposite colorway show up on the other design with a secondary role in touching up the “550” hits and piping.

New Balance is set to drop more information on the release shortly. 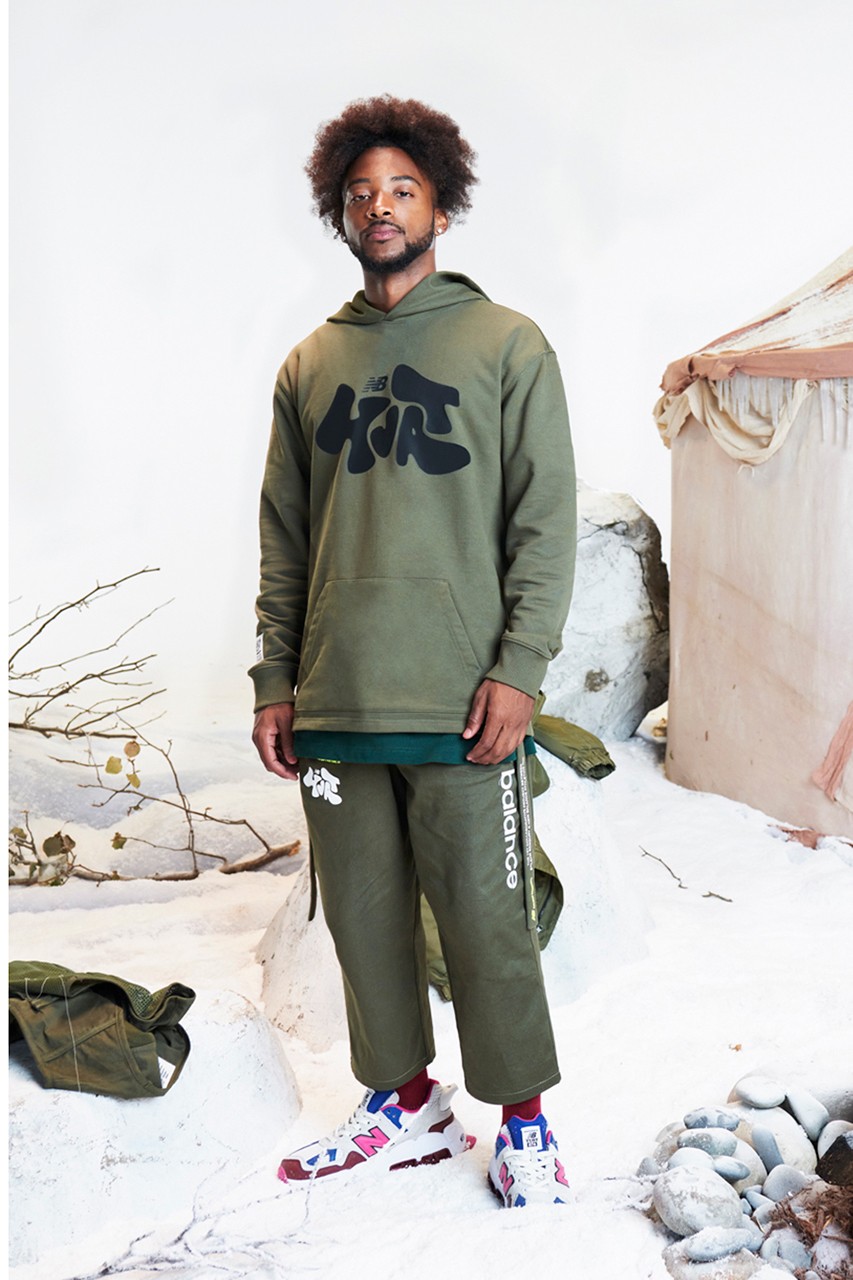 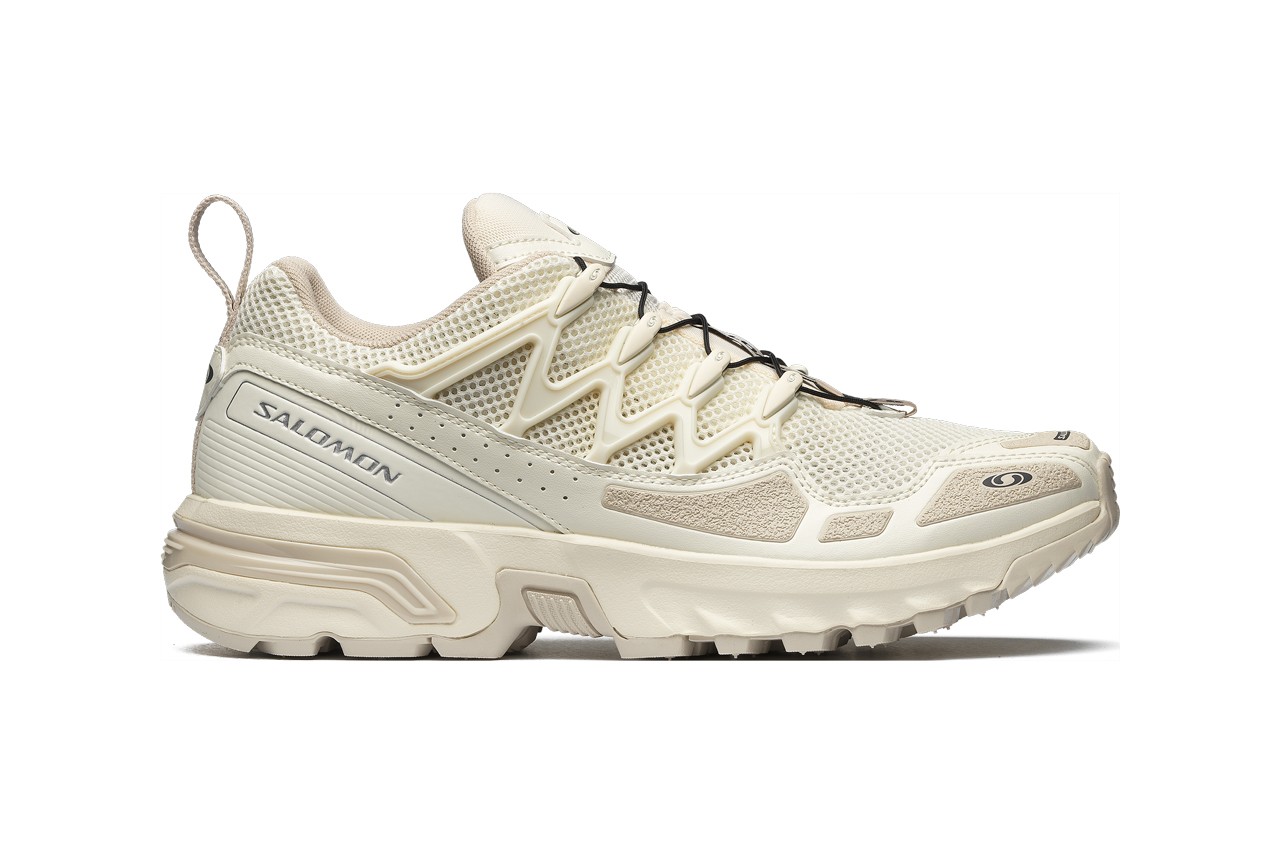 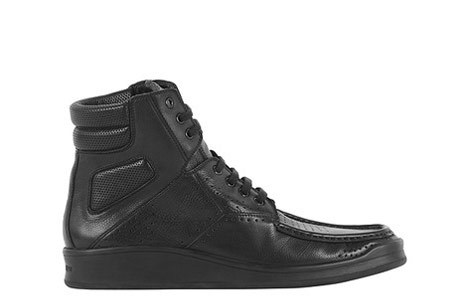